We usually have six services a year. The next one is on Ascension Day 26th May at 7pm. It will be Holy Communion led by Rev Chris.

Do you fancy Champing at Asgarby church this summer?  If so contact Di Marshall. 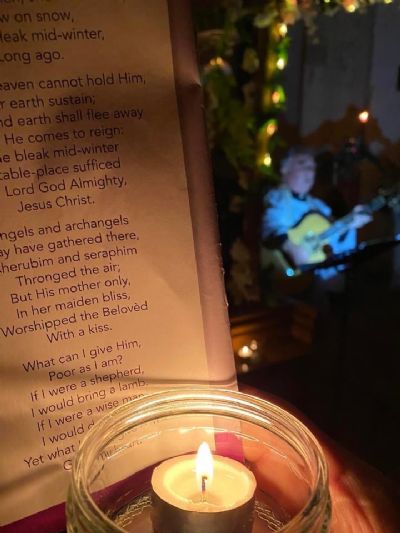 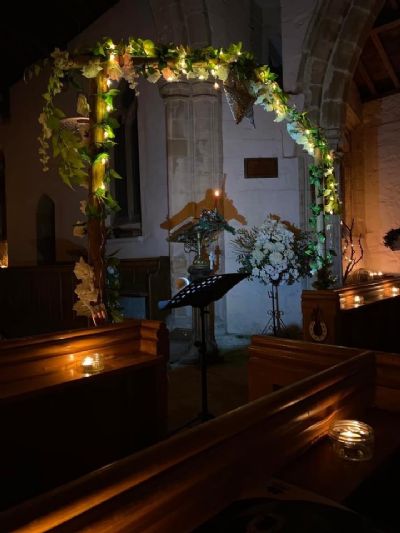 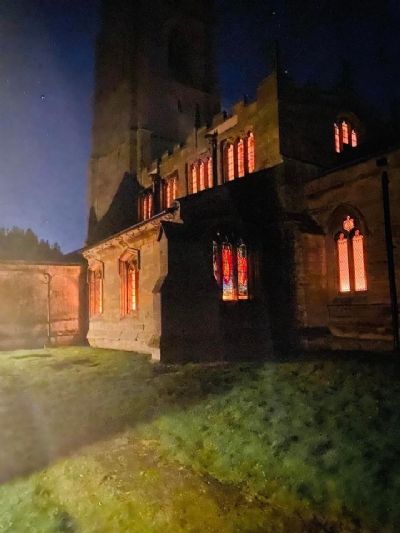 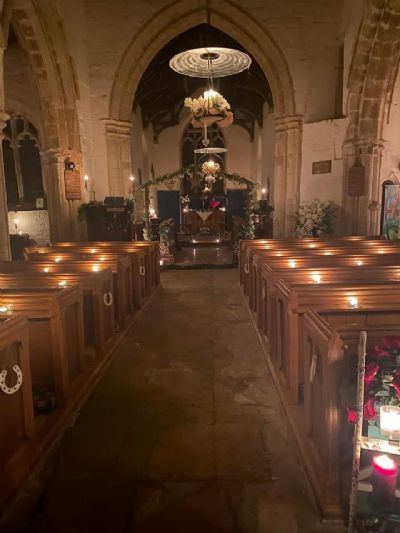 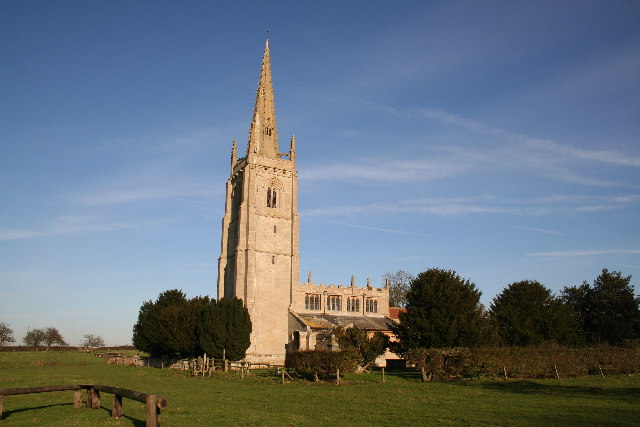 RESTORATION OF THE BELL TOWER

A massive clean up of the bell tower at Asgarby was undertaken in 2013 to uncover four bells and ringing mechanism. However they remain unringable.

Tranquil  'neath the shade of innumerable trees a few miles east of Sleaford, St Andrew's with its massive 15th-century tower and spire can be seen from far across the neighbouring Fens. The tower has a rich parapet decked with a row of grotesque animal heads and shields, and from its pinnacles spring flying buttresses to support the crocketed spire.

The aisle and the clerestory which floods the church with light are also 15th-century; the nave is 14th, and the chancel, with its priest's doorway and piscine is 13th . Halfway up in the splay of this doorway is a chalice-shaped recess with a little hole at each side, suggesting that a chalice was kept here, locked up by a bar; it is a little mystery. 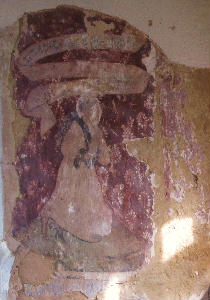 The church has its medieval font and ancient chest, and on a wall is a painting of a kneeling angel still clear after five centuries. Above the tall tower arch is another fresco with emblems of man's mortality-skeleton, crossbones, and hourglass-and the admonition Redeem the Time. One of the windows has 19th-century glass portraying the Supper at Emmaus, and another has modern glass of Jesus ascending into Heaven, guarded by four angels.

We have a number of special services at Asgarby during the year which usually include refreshments and a time of fellowship afterwards. These have included a Christingle, Ascension Day and a Pet service which usually has a number dogs, but we have also had 2 rabbits, a chicken, a parrot, a goldfish and a couple of horses who come into church. See some photos below. 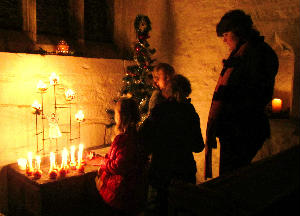 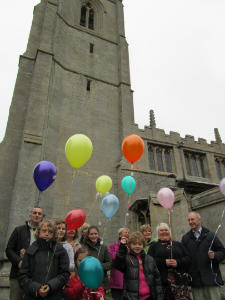 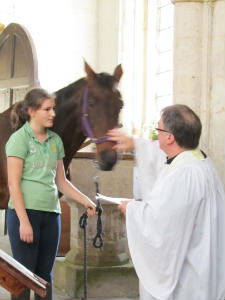 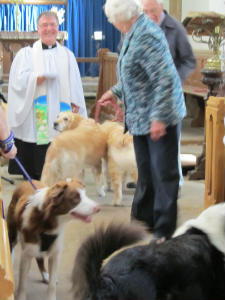 All God's creatures joining in the celebrations on Animal Welfare Sunday