CHURCH SERVICES take place at 9.30am several times during the month.

There is a service of Holy Communion on the third Sunday of each month at 9.30am led by Rev Chris

The next informal Living Stones service is:  12th June at 9.30am.

Swaton is part of an informal grouping of three churches within our wider group of parishes, and is home to 'The Living Stones', a congregation that travels around the three churches of Burton, Scredington & Swaton led by Canon Beverley Stark & husband David Stark, an Anglican Lay Reader. Rev Chris celebrates communion once a month somewhere within this informal grouping and is the Rector of the Group. This practice of a moveable congregation began as one of the choirs within the Group travelled around 5 of the churches. But since the pandemic began in March 2020 Canon Beverley & David have developed the idea and helped to build a sense of community and mutual support between these three churches. Many of the services are informal and include input from members of the Living Stones congregation. For more information on The Living Stones congregation please contact Canon Beverley & David (01529 461519).

A new bench has been added to the churchyard to enable those who want to remember loved ones whilst they rest a while in comfort. 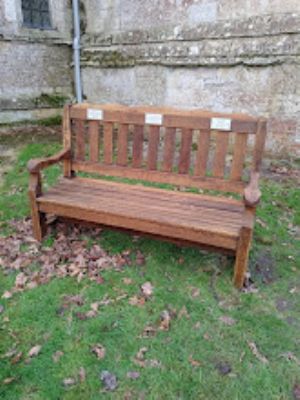 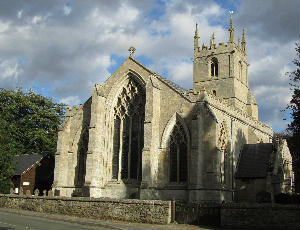 This impressive church dominates the tiny village of Swaton.  Inside are two curiosities which add to the appeal of this church.  The first is an effigy of a women with a sleeping dog at her feet.  For years her identity was in doubt, but local research has established that she was Nicholaa de la Haye, wife of Gerald de Camville, who was lord of the Manor at Swaton early in the 13th century.  Her father, and later her husband, were both constables at Lincoln Castle, and when Gerald died in 1214 Nicholaa kept the guardianship of the castle and defended it for King John (c.1167-1216).  She met the King in 1216, retired in 1226 and died in her sixties in 1230.

The second oddity is what remains of a medieval Wheel of Life painted on one wall.  Such paintings are rare survivors; the only two still in good condition are in Gloustestershire and Northamptonshire.  Local legend has it that Oliver Cromwell stabled his horses in St Michael's before the battle on Swaton Common during the English Civil War.

Also legendary are the sunsets which can be seen through the traceried west window which looks onto the main road through Swaton village.