There are usually six or seven services a year at Howell Church, being a chapel of ease in the parish of St Andrew Heckington. We like to celebrate some of the old rural traditions here like Plough Sunday & Rogation.

St Oswald is in the parish of Heckington with Howell. 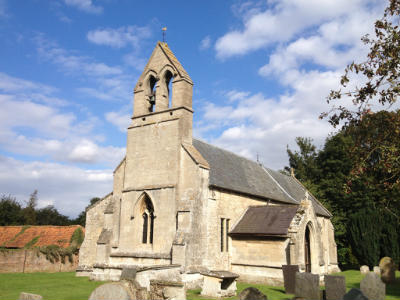 Serene in the byways a mile north of Heckington, St Oswald's Howell has a towerless church full of years and interest. In the churchyard is a broken cross with an inscription to John Spencer who was rector here 500 years ago, and in the porch is a coffin-lid with a cross carved probably a thousand years before.

The plain doorway within the porch is Norman, and so is the nave arcade, its round arches borne on massive round piers with bases like millstones. The chancel, with its projecting aumbries, its piscine and its altar stone with five consecration crosses, is 14th-century, and from the same period comes the font, decorated with heraldic shields. 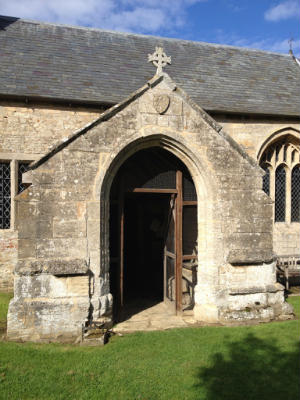 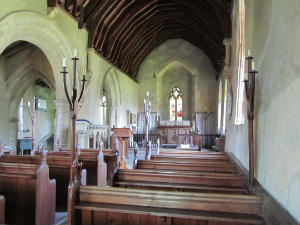 By the altar is a stone with the engraved figure of Rector John Croxby in his 15th  century vestments, and under a low arch with hanging tracery is the bust of a 14th-century woman, her child sculptured in a sunken trefoil below. An Elizabethan monument shows Sir Charles Dymoke kneeling in his armour with his wife, now headless.

In the lancet window is a modern figure of this church’s St Oswald, arrayed in red, and in the 14th  century bellcot is a bell with an inscription recording its making by Tobie Norris in the year of London’s Great Fire. 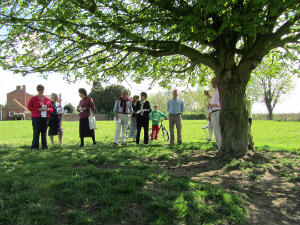 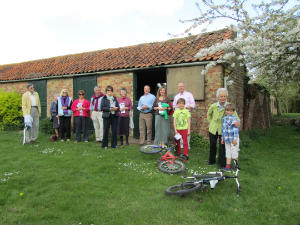 Rogation journey at the Stables